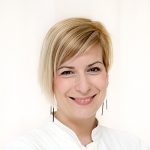 Healthy digestion is the foundation of the entire body. 70 to 80 % of our entire immune system is in our intestines. Billions of bacteria live in our digestive system, i.e., in our intestines. Many of those bacteria are necessary and very useful. However, besides the good bacteria, there are also harmful ones in the intestines. You have probably already heard of the good and useful ones – they are called probiotics. There is also another similar and very important term: prebiotics. Find below what is the relationship between prEbiotics and prObiotics.

You can read more about probiotics and their importance for our health in a separate article, but a short summary won’t hurt: probiotics are healthy bacteria that live in our intestines and have a beneficial effect on the health of the entire body in adequate quantities. There are a few reasons for that:

Probiotics thereby play a role in a very important, final phase of digestion, they protect the body from pathogenic microorganisms by creating unfavorable conditions for their growth with their metabolism, they are included in the synthesis of some B group vitamins and vitamin K, and they are important for the normal functioning of the defense system.

The balance between good and bad bacteria is crucial

As we have already said, there are both harmful and good bacteria in our intestines. It is the balance between good and bad bacteria that determines how the digestive system will function, which in the end reflects on our entire health.

Numerous facts can disturb this balance, such as stress, irregular and imbalanced diet, psycho-physical fatigue, chronic diseases, and high body temperature, as well as taking medications, especially antibiotics. The consequence of a disturbed balance is an increase in the number of “bad” bacteria which often leads to different health problems, such as diarrhea, constipation, bloating, and lack of important vitamins and minerals due to limited absorption from the intestines, but also reduction in the defense system function. In other words, the gut microflora is susceptible to changes and it is necessary to regularly renew it. We do it by making sure there are always enough probiotics in our intestines. PrEbiotics, food for good bacteria, are of great help.

Prebiotics are indigestible food ingredients (carbohydrates) of plant origin – most commonly from Jerusalem artichoke (a plant with a potato-like tuber) and chicory. Prebiotics feed the good bacteria in our intestines and enable them to outnumber the potentially harmful ones. Prebiotics are also added to fermented dairy products to enhance the survival of probiotics. They can also be used as a substitute for sugar or fat. They can be used by diabetics considering their low glycemic index, which is their big advantage.

If we want to get enough prebiotics in our body, we do not have to reach for food supplements, since it is enough to just reach for the foodstuffs that we normally consume. An excellent and very popular source of prebiotics is chicory root due to its taste similar to coffee, without containing caffeine. Onion and garlic are also not just a tasty addition to our dishes, but they work great as a source of prebiotics. Some research has shown that they stimulate the growth of useful bifidobacteria in the intestines. That way they simultaneously prevent the growth of potentially dangerous bacteria.

Barley and oatmeal should also be mentioned since they contain beta-glucan. Beta-glucans have been the subject of numerous scientific studies, and some of them have proven that beta-glucans from barley and oatmeal stimulate the growth of probiotics from the lactobacillus genus. Bananas have also been the subject of many studies. Unripe (green) bananas contain a lot of so-called resistant starch. It has been scientifically proven that it has a prebiotic effect.

A diet rich in prebiotic foods can significantly contribute to the healthy balance between beneficial and harmful intestinal bacteria, and in turn support a healthy body.

Prebiotics are indigestible food components that feed the good bacteria in our intestines and enable them to outnumber the potentially harmful ones.

2. Why are prebiotics so useful?

Our gut microflora keeps changing. It consists of useful and harmful bacteria, and our health depends on the right balance between them. Prebiotics feed the healthy bacteria and thereby make sure that they outnumber the harmful ones, providing balance in our intestines.

3. Which factors disturb the balance of our gut microflora?

There are numerous factors that can disturb this balance, such as stress, irregular and imbalanced diet, psycho-physical fatigue, chronic diseases, and high body temperature. It is also important to mention the use of medications, especially antibiotics.

4. What are the consequences of disturbed balance in the gut microflora?

The most common consequences of disturbed balance in the gut microflora are diarrhea, constipation, bloating, and a weakened immune system due to a lack of vitamins and minerals that cannot be absorbed in the intestines.

5. In which foodstuffs can prebiotics be found?

An important source of prebiotics is, for example, chicory root, onion, garlic, and oatmeal. 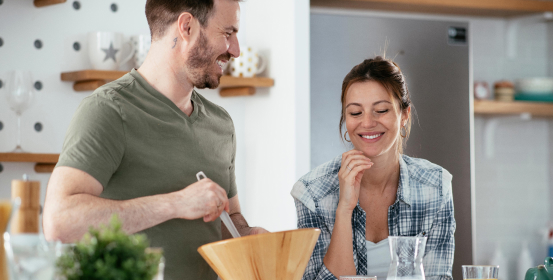